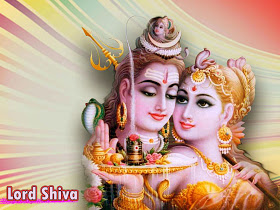 Maha Shivaratri is a Hindu celebration praised every year in adoration of the god Shiva. It is the day Shiva was hitched to the goddess Parvati. The Maha Shivaratri celebration, additionally prominently known as "Shivaratri" (spelt as Sivaratri, Shivaratri, Sivarathri, and Shivarathri) or 'Incredible Night of Shiva', denote the merging of Shiva and Shakti. Maha Shivaratri is praised on the Krishna Paksha Chaturdashi of Hindu logbook month Maagha according to Amavasya-subterranean insect month figuring. According to Poornima-insect month count, the day is Krishna Paksha Chaturdashi of Hindu schedule month Phalguna which falls in February or March according to the Gregorian timetable. Of the twelve Shivaratris in the year, the Maha Shivarathri is the most heavenly.

Ujjain.... One of the best place must visit,if one is big bhakat of Bholenath. Shiv as Mahkaal rules the place.
Today,let me have the pleasure to Share my experience of visiting the city of Mahakaal.